Subsurface Drip Irrigation For The Cultivation Of Peanuts

SUBSURFACE DRIP IRRIGATION FOR THE CULTIVATION OF PEANUTS

ABSTRACT: Subsurface drip irrigation is a technology with numerous benefits regarding the use of water, but evidence is scarce about its feasibility in the cultivation of peanuts, due to possible overlaps between the pod growth zones and the establishment of irrigation laterals. This paper sets out to evaluate the responses of the crop to water supply by means of underground drip irrigation and the compatibility of said technology with the cultivation of peanuts. The ASEM 400 INTA cultivar grew on irrigated land, supplied by underground drippers and non-irrigated land. The responses of the crop, associated with carbon and water economy, were significant with the subsurface drip irrigation system, and the establishment of irrigation laterals at depths greater than the pod growth zone proved the feasibility of using such technology.
Keywords: irrigation, subsurface drip irrigation, peanut.

Water supplied subsurface in the root zone via the subsurface drip irrigation (SDI) system significantly reduces losses due to surface runoff, evaporation and groundwater recharge (Lamm et al., 1998) and increases the water consumption efficiency. This technology in the cultivation of peanuts, in addition to the previously mentioned benefits, prevents canopy wetting and reduces the humidity inside it, thereby minimising the probability of foliar diseases and the fungal complex of the soil.
The depth of the buried irrigation laterals (ILs) is important in this species, because harvesting the pods entails soil removal and may damage them. Therefore, this aspect is vital during the installation of the system, having to achieve a lateral depth greater than 35 cm (preferably 45 cm), which guarantees that the peanut harvest will not damage them.
The objectives of this paper were to evaluate (i) the crop’s responses to the water supply through SDI and (ii) the feasibility of using SDI technology in peanut cultivation.

The experiment was conducted at the Manfredi Agricultural Experimental Station at the National Institute of Agricultural Technology, Córdoba, Argentina. The ASEM 400 INTA cultivar was sown on 19 December 2017 at a density of 14 plants m-² with a spacing of 0.7 m between rows of plants. The harvest took place on 18 May 2018. The experimental unit was 11 m wide and 70 m long. The soil was a silty loam Typic Haplustoll and had no limitations for root proliferation and crop growth.
The treatments included two water availabilities: irrigated and non-irrigated land. Irrigation was supplied through subsurface drippers and according to water balance methodology proposed by Severina et al. (2012). The subsurface drip irrigation equipment, provided by the company Metzerplas, was composed of irrigation laterals with a 1.4 m separation amongst them, 50 cm spacing between emitters and a flow rate of 1.2 l/h. The non-irrigated condition included only the provision of rainfall.
The soil water content was periodically measured up to 2 m deep by a neutron probe. Water consumption was determined as the difference between initial usable water and final usable water, together with rainfall and irrigation in the periods analysed.
In addition to the water measurements, the biomass was sampled, while crop-intercepted radiation and leaf temperature were measured. The biomass was partitioned in aerial and subsurface parts and was dried at 70°C up to constant weight. The intercepted radiation was determined by radiation measurements above and below the canopy using a ceptometer. Leaf and air temperature were measured using an infrared thermometer and the daily values of the level of cumulative stress were determined according to Jackson et al. (1977). The efficiency in the use of total biomass water resulted from the slope of the relationship between the total biomass corrected by energy cost and water consumption.
The efficiency in the use of grain water was determined from the quotient between grain production to harvest and total water consumption. At harvest, the yield in grains, number of grains per area unit and average grain weight were determined. The first and the third were determined at 0% humidity.

Precipitation during the crop cycle was 284 mm, being significantly lower (-40%) than the historical records (series 1931-2015) (https://inta.gob.ar/documentos/informacion-meteorologica-mensual-de-la-eea-manfredi) of 465 mm, and the irrigation applied was 210 mm. Water consumption through the crop cycle showed two contrasting responses (Fig. 1a). The first, represented by the sowing period – 65 days after sowing (DAS) – was similar between treatments and determined a consumption of 250 mm. The second response, represented from 65 DAS on, showed a dissimilar consumption between treatments. The decrease in consumption under non-irrigated treatment coincided with the stages of fixation and growth of the pods and grains. The percentage of usable water at the beginning of that period was 23%, while towards the end of that period (122 DAS) it was close to the permanent wilting point (8% of the total usable water). This edaphic scenario, together with the unsatisfied environmental demand, intensified the water deficit, which was reflected in increases in canopy temperature, leaf folding and leaf fall. The total water consumption was 507 mm for the irrigation treatment and 364 mm for the non-irrigated treatment,. a 28% reduction of the latter compared to the former.
In the early stages of the cycle, where water consumption and environmental demand are lower, the arrangement of the leaves with respect to the main stem of the plant was similar under both treatments and resulted in similar levels of intercepted radiation (66% at 45 DAS) (Fig. 1b). Later on, and due to the low rainfall, the water deficit was accentuated under the non-irrigated treatment and triggered a marked decrease in intercepted radiation (Fig. 1b) as a consequence of leaf folding, and an increase in leaf temperature (Fig. 1c) due to stomatal closure. These responses on non-irrigated land started to reverse at 110 DAS due to continuous rain events that remained until harvest (108 mm for the 110 DAS-harvest period), reflected in increases in intercepted radiation (Fig. 1b) and biomass production (Fig. 1d), and sustained similar leaf temperature gap between treatments (Fig. 1c). Under the irrigated condition, the plants showed contrasting growth with respect to those on non-irrigated land (Fig. 1d) and the thermal stress index was significantly lower from post-flowering onwards due to sustaining perspiration at environmental demand levels (Fig. 1c). Intercepted radiation reached maximum levels from early stages of the cycle (66 DAS) (Fig. 1b) and biomass production grew steadily over time (Fig. 1d).
Certain aspects of biomass production in contrast to water scenarios should be highlighted. The growth rate of the crop under the irrigated condition was 10.7 g/m2/day between days 23 and 108 of the cycle, while under the non-irrigated condition it varied according to the environmental scenario. In this sense, due to low environmental demand and sufficient provision of soil water, a non-irrigated crop growth rate of 10.3 g/m2/day was determined between 23 and 63 DAS, while, due to a severe water deficit between 63 and 108 DAS, which resulted in pronounced loss of leaves, the growth rate of the crop was only 4.6 g/m2/day. These responses converged in productions of total biomass at harvest of 975.3 g/m2 (9753 kg/ha) and 573.9 g/m2 (5739 kg/ha) for irrigated and non-irrigated land, respectively (Fig. 1d). Pod biomass represented the contrasting water condition between treatments with pod growth rates of 5 g/m2/day on irrigated land and 2.4 g/m2/day on non-irrigated land.

The depth of the irrigation laterals was 35 cm, significantly distant from the growth and harvest zone of the pods (0-15 cm) (Fig. 2a). The depth of the laterals coincides with the region of greater density and radical architecture, which guarantees the fluid access of water and nutrients supplied by this technology. Meanwhile, the subsurface provision of water minimises the evaporation of water from the soil, thereby increasing the availability of water to the crop and exacerbating the differences in growth between water environments (Fig. 2b).

The SDI system increased the efficiency in the use of total biomass water and pods, triggering a 95% increase in grain yield under the irrigated condition.
The significant contrast between the growth and harvest zone of peanut pods, and the deepening of the irrigation laterals in the silty loamy soil demonstrates the feasibility of using SDI technology in peanut fields. 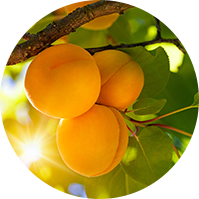