The concept of “water quality” describes the composition and concentration of dissolved and suspended components in the water. Water quality for micro irrigation can be divided into three major categories:

This article refers mainly to the third category, engineering water quality for irrigation and water treatment technologies to prevent clogging of drippers and micro-sprinklers. Irrigation water has no strict quality standards, as is required for potable water, because the quality of irrigation water varies greatly and is tailored according to water-source quality, soil demands, and irrigation method.

High water quality is essential for trouble-free operation of the programmed micro irrigation system. By ensuring that sprinklers and drippers remain plug-free, it is possible to establish accurate irrigation, and match the irrigation plan for years to come. The method we propose here for clog-free micro-irrigation is based on understanding the causes of clogging and treating the water and irrigation system accordingly. Most of the following descriptions and pictures deal with dripper clogging, but are also relevant to micro-sprinklers.

Chemical clogging of drippers is caused by dissolved matter in the water that precipitates in the dripper’s water passage. This is due to changes in the physical conditions in the micro irrigation system, such as:temperature, pressure, evaporation and gas transfer (oxygen & CO2) with the water exposed to the atmosphere at the dripper outlet.

Scale deposits are very common in hard waters containing high concentrations of calcium and magnesium, but carbonate scale in irrigation water is caused mainly by calcium carbonate (CaCO3) scale that settles in the system as a calcite (Eq.1) and not by manganese (dolomite), concurrent with hot water systems.

The scale deposits are apt to settle within the drippers and sprinklers, or in the network system before and after the filters and reach the water emitters as large particles, leading to plugging.

Scale deposits usually act as a cementing material, adhering silt, clay, algae and organic materials, so that the settling of any scale in the micro irrigation system can lead to serious plugging, far greater than that caused by calcite deposits alone. The scale-building is usually initiated from the walls of the dripper labyrinth toward the center of the water passage (Figure 1), first causing a partial clog and later, a complete dripper plugging. Partial dripper clogging can be opened and cleaned by means of an acid treatment, as described later, but a complete dripper plugging is almost impossible to clear.

Settling of the carbonated scale in the irrigation system is affected by four parameters of water quality: Calcium concentration, water temperature, water alkalinity, and the pH of the water. A rise in any of these parameters increases the settling of carbonate scale. Usually, it is difficult to change the calcium concentration, alkalinity or water temperature of irrigation water; however, the pH level can be altered by acid or alkaline treatment. An equation that describes the pH level of Ca saturation pH(s) (Eq. 2) was developed by the researcher Langlier, and calculates the level of pH(s) at which the scale begins to settle. In the event that the pH level of the water is higher, the scale will begin to decrease; if lower, the calcium will remain dissolved in the water and the scale will begin dissolving.

An easier way of finding the Langlier value is featured in the graph below (Figure 2) which illustrates the correlation between the concentration of calcium in the water and the alkalinity and temperature to determine the pH(s) value. 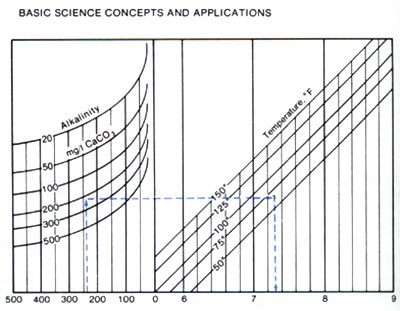 Figure 2: Determination of pH(S) for the Langelier index*

In order to determine the probability of sedimentation of scale in the drippers, the pH value of the water should be measured and compared to the calculated pH(s) value according to Langlier’s equation: pH-pH(s)>0. In the event that the irrigation water pH value is higher than the pH(s) value by more than 0.5 units, there is a significant possibility of scale-deposit production in the irrigation system.

There are many methods of preventing scale deposits, including water softening, adding stabilizing materials which prevent the sedimentation of calcium carbonate, or adding acid to reduce the pH below the saturation and precipitation level.

The addition of acid to reduce water pH is the most accepted way of preventing scale plugging in sprinkler or drip irrigation. Continuous acid treatment to reduce the pH of water below the saturation level prevents dripper clogging caused by calcium carbonate scale, but requires a large amount of acid and is very costly. A more efficient method is to implement a routine treatment in which the acidification is given once a month or once every several months, in accordance with the  water hardness and the scale accumulation rate. The acid (usually HCl) is given, in a concentration that reduces the water (pH < 4) much below the calcium carbonate saturation level in order to dissolve new precipitates that have settled in the dripper during the period that has elapsed from the previous treatment. Each acid treatment is carried out for 10-20 minutes, the acidified water is left in the dripline overnight and then the lateral ends are opened for dripline flushing. A regular acidification treatment keeps drippers clear of calcium carbonate scale, and greatly reduces the amount of acid required, compared to methods of continuous acid treatment. 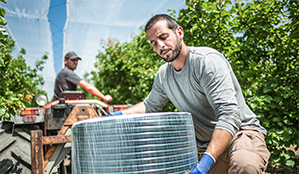